Extract from the Catholic Paper “The Lamp” on 31st July 1897

“At various times Mass has been celebrated for a longer or shorter period in the neighbourhood of Bracknell, either at Warfield Park or Binfield Park, which mansions were for several years occupied by Catholic families.  After the closing of the chapel at Warfield Park, for more than ten years the nearest place at which the Catholics of Bracknell were able to hear Mass was South Ascot, in the Sunninghill parish, which is fully four miles distant.” 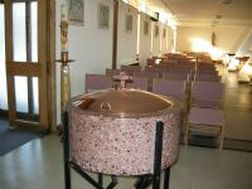 Some of the Catholics, however, were determined to have a chapel of their own.  They worked hard to obtain this object, and their perseverance and energy finally met with success.

A Catholic family called Reilly, of Kells House, Church Road, gave the use of one of their rooms, which for about a year served on Sundays as a chapel.

The Premonstratensians from St. Michael’s Priory, Farnborough, Hants, undertook to serve this place.  On of their members, the Rev. Father Germain Julien, came on Sundays and celebrated Mass in a small room used as a chapel.  This, we may say, was the beginning of the Mission of Bracknell, which belongs to the Diocese of Portsmouth. 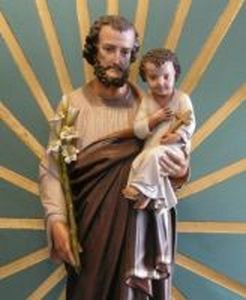 The  Bishop, writing  to  the  Rev. Father  Joseph  Ibos,  the  Prior of  St. Michael’s, Farnborough, thus expressed himself: ‘The purpose you told me of the other day of doing all you can to establish a Mission at Bracknell gives me great satisfaction…I have made several unsuccessful attempts to start one; want of means has been the chief obstacle.’  A piece of land of about two acres had been bought by the Rev. Father J. Ibos, and in August, 1894, he determined to build on it an iron church and school. 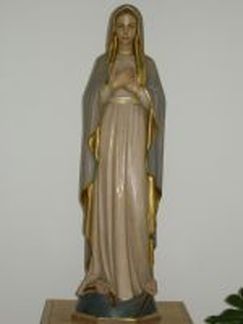 The plans were drawn up by the Rev. A. J. Scoles of Yeovil, now Canon Scoles.  The cost of the iron church, with sacristy and school, exclusive of the land, was £500; the land itself cost about £700.  The church was blessed on October 10th 1894, by the Right Rev. Monsignor Cahill, Vicor General.  St. Joseph was chosen as the patron of the church and Mission.

The Rev. Father Marcel Desseaux from St. Michael’s Priory, Farnborough, celebrated the first Mass in the new church, and remained in charge for about three months.  He was succeeded by Father Germain Julien, also from Farnborough, who was no stranger to this Mission, having been the first to serve it before the opening of the public church.

Father Joseph Ibos persuaded the Sisters of the Christian Schools from Normandy, France, to send three of their members to take charge of the school.  They arrived at the end of October, 1894, and immediately set to work.  The Sisters have now (1897) increased their numbers to seven.  They have a middle class school and an elementary school for the poor children.  This is their first foundation on British soil…..” 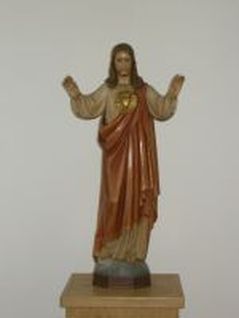 After only a few years the Sisters moved from Bracknell and began a Convent School in Reading, which we
now know as St. Joseph’s Convent.  Meanwhile, Father Julien remained until the end of August, 1895.
The Premonstratensians left Farnborough about this time and therefore gave up their work in Bracknell.  The Bishop of Ports mouth then sent the Rev. George Dolman, one of his secular priests, to succeed Father Germain,  and on August 22nd 1895, the new rector took charge of the Bracknell Mission.

There must have been difficulties in the Bracknell Mission at this time, because in 1906 Father Doran changed his residence
to Wokingham, and had charge of the three parishes of Wokingham, Bracknell and Crowthorne.  From 1906 until 1918,
Bracknell was served by one of the assistant priests at Wokingham: Father A. Coughlan, 1906-10; Father William Flynn,
1910; Father Daniel McCarthy, 1910-15; Father Felix O’Rourke, 1916; Father Patrick Frawley, 1917. 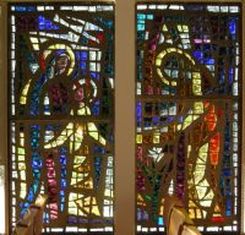 Following this, the Franciscan Fathers from South Ascot took charge of the Mission, from April 1918 until September 1945.  From then to the present date the Parish Priests are as follows: 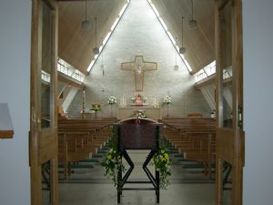 The present presbytery was completed on January 25th 1954.  From a small village of less than 5,000 residents, Bracknell is rapidly developing into an important and thriving New Town of almost 60,000 people.  Work on the New Town began in 1949, and to meet the future influx of people, a new church was planned in 1956 for 350 people.  The plan was later enlarged to accommodate 400 people.

The old iron church, which stood since 1895, served as a parish hall for the next six years.  In May, 1968, in consequence of a compulsory purchase order by the Bracknell Development Corporation on three-quarters of an acre of land to the south of the new church, the old iron church was demolished and the ground cleared for re-development.

St. Joseph’s Church has continued to be improved and upgraded over the years.  Recent improvments mean that the church can now seat 500 people comfortably.

Sadly, during 2009/10 a series of thefts of copper from the roof of St Margaret Clitherow Church caused so much damage that the church had to be closed temporarily whilst a programme of repair was considered.  In May 2011, Bishop Crispian and the Trustees decided that the St Margaret Clitherow Church should permanently close.  St. Joseph’s Church now serves the entire parish of Bracknell, a congregation in the region of 1000 people.

This website uses cookies to improve your experience while you navigate through the website. Out of these, the cookies that are categorized as necessary are stored on your browser as they are essential for the working of basic functionalities of the website. We also use third-party cookies that help us analyze and understand how you use this website. These cookies will be stored in your browser only with your consent. You also have the option to opt-out of these cookies. But opting out of some of these cookies may affect your browsing experience.
Necessary Always Enabled
Necessary cookies are absolutely essential for the website to function properly. This category only includes cookies that ensures basic functionalities and security features of the website. These cookies do not store any personal information.
Non-necessary
Any cookies that may not be particularly necessary for the website to function and is used specifically to collect user personal data via analytics, ads, other embedded contents are termed as non-necessary cookies. It is mandatory to procure user consent prior to running these cookies on your website.
SAVE & ACCEPT